Here is a continued reading list I have composed. It consists of some books I am working through and would be good to add to one's arsenal of literary knowledge. 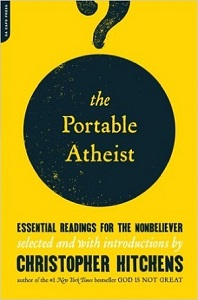 The Portable Atheist: Essential Readings for the Nonbeliever

The only position that leaves me with no cognitive dissonance is atheism. It is not a creed. Death is certain, replacing both the siren-song of Paradise and the dread of Hell. Life on this earth, with all its mystery and beauty and pain, is then to be lived far more intensely: We stumble and get up, we are sad, confident, insecure, feel loneliness and joy and love. There is nothing more; but I want nothing more.

Despite his flaws, few atheists have inspired me as much as Hitchens. Combining his wit and argumentation, he was a force to be reckoned with. I found his argumentation even compelling as a Christian, and even more so now as an atheist. The Portable Atheist is a collection of writings composed as a guided tour by Hitchens. I am very much looking forward to such a smorgasbord. 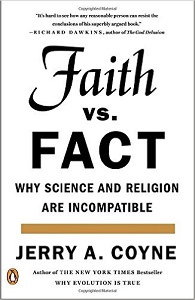 Faith Versus Fact: Why Science and Religion Are Incompatible

In stark incongruity to a previous read I had called Finding Darwin's God, I look forward to this read simply because I see no way religion and science can comply and would love to have evidence of such at my disposal. Besides the philosophical arguments residing in rationality and skepticism, I have little ammunition for why "general" faith is superstitious at best. Hopefully, Coyne--as a dedicated scientist--can furnish some hard core highlights of why belief should be based in science. 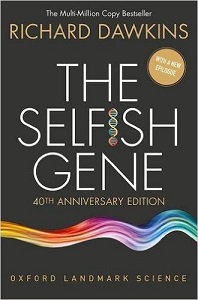 Having read The God Delusion by Richard Dawkins, it only makes sense to continue with his other books, the more popular being this and The Blind Watchmaker.

Richard Dawkins is a gifted writer, poised between the avenue of scientist and philosopher. I believe his works have inspired a whole new generation of scientists and humanists that are fascinated with the world, but not because they believe there is an intelligence behind it, just out of sheer wonder.

My hopes is The Selfish Gene can capitalize on my small understanding of genetics and psychology and help explain why many of us act the way we do, all under the umbrella and understanding of evolution. Funnily enough, before I had heard of Dawkins' book, I had reached a reasonably similar conclusion, that much of human behavior was grounded in selfishness, and was not morally wrong but a way of survival. I am sure such a book will be interesting. 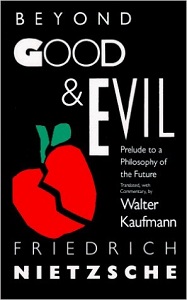 Beyond Good & Evil: Prelude to a Philosophy of the Future

It would be irresponsible on my part to read only the works of atheists in our time period, for they have capitalized on the works of previous atheists such as Betrand Russell, H.L. Mencken, and others. Frederich Nietzsche is one such giant. His philosophy on morality and the human condition has been revolutionary. This will be a difficult read for me as I have trouble concentrating on wording of a previous era, but Nietzsche I do admire, even if I don't agree with everything he says.

Dying, as an atheist
TheHonestAtheistJune 13, 2016