26 Gods You Probably Don't Believe In

When I come across a new god or religious belief in a divinity, I don't lose sleep over it. I don't have to know where the evidence is for why the deity doesn't exist—I think it is reasonable to assume it doesn't until proof is given. This is my rational, logical and skeptical approach to belief. I would wager this is also my reader's approach to every one of these gods listed: one does not give it a second thought. Of course they do not exist! How could you believe that they do? 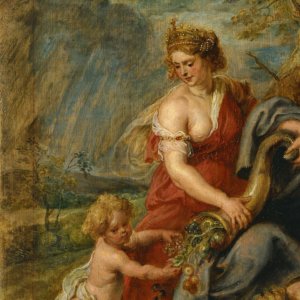 Roman God of Abundance and Prosperity

Abundantia was often portrayed in art, literature and even coinage as her association could be tied to fame, wealth, blessing and virtue. She was coupled with Roman emperors who desired to appear as bringing economic success to Rome. From her legends comes one explanation of the modern day "cornucopia," a horn of abundance and feast. Legend says the cornucopia was given to Abundantia after it was ripped from the head of the river god Acheloüs defeated by hero Hercules.

Veneration of Abundatia would have peaked during Mithraism (a mysterious Roman cult dedicated to Mithras) and possibly continued into France during the Medieval era.

Though now a cultural icon and symbol of fringe societies, the worship of the "Sabbatic Goat" was an initiation into apostasy for Crusaders in 13th century France.

Admiration of this figurehead is now mostly symbolic, not actually belief in said deity. It is often tied to occult, Satanism, and devil worship. 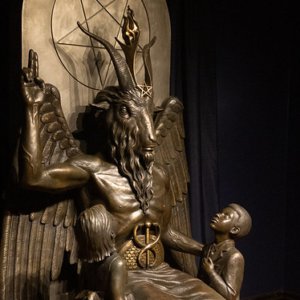 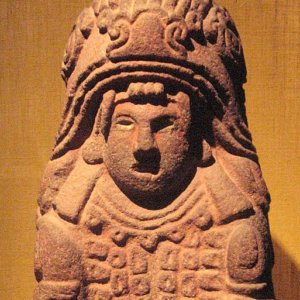 Aztec Goddess of Fertility and Motherhood

Cihuacōātl literally means "snake woman." She was the matron goddess of midwives, known for protecting and guiding women through childbirth, and resident deity for the ancient Aztec city of Culhuacan.

Father, king, magician, farmer, giant, are all words used to describe this larger than life god. From Irish mythology, he was known for the assistance he would give to travelers, musicians, and farmers. He was not to be trifled with as he had many phenomenal powers—weather, life, death, seasons—and carried a rather large club. 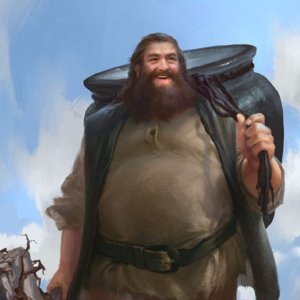 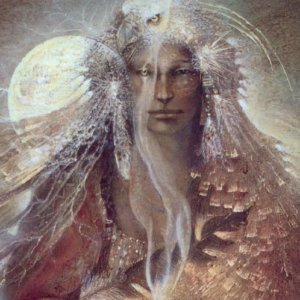 She was born from the First Man and First Woman, growing to womanhood in 18 days feeding only on pollen from a mountainside.

She is the personification of the seasons, shows the change that happens in each person's life. She ages with the seasons, but also ages in reverse to appear timeless.

Our weekday, Friday, is attribution to an earlier variant of Frigg's name. Frigg was the Norse god of wisdom and foreknowledge, had many sons, the most famous being Baldr. She is mentioned several times in the Poetic Edda, taking a bet with Odin, having a heated argument with Loki, and grieving for the death of her son, Baldr. 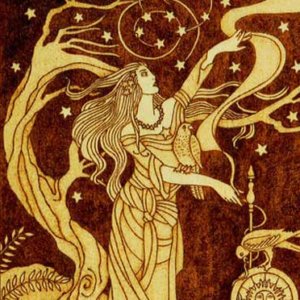 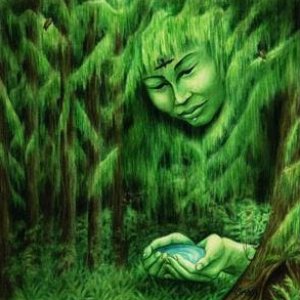 A kind spirit of the rain forest cedar, Gyhldeptis' story is her involvement in calming a giant whirlpool spirit that continued to plague sailors and inhabitants. She held a feast and convinced the forces of nature to turn the whirlpool into a giant river.

Tongan Goddess and Ruler of the Polynesian Afterlife

Apportioned the underworld, Hikule'o was conceived by the first man and woman who discovered copulation. He had a reptilian tail that encircled the Earth and could take the form of a white shark.

Hikule'o is described as both male and female. 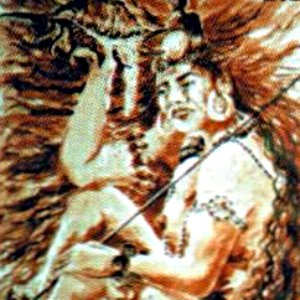 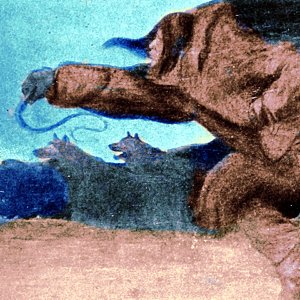 Keeper of the moon, Igaluk is portrayed as a great hunter who leads a pack of wolves from his snow sled. His arises daily from his igloo in the sky to chase his older sister so that he may copulate with her; mythology says every time he catches her there is a solar eclipse.

Little is known of this pagan deity, as much has been pieced together from second hand sources. Jarylo is said to have been reborn and killed every year, in accordance with the seasonal changes. A springtime festival was held in his honor. Baltic tradition suggests Jarylo is also mischievous and associated to the Moon. 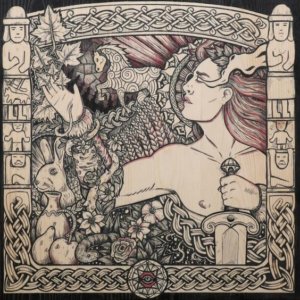 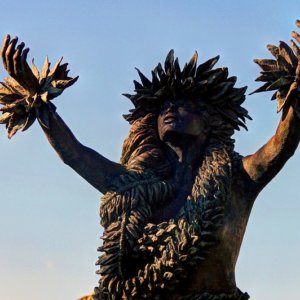 Think Calypso from Pirates of the Carribean. She was vengeful and powerful. She is a shapeshifter. The myths surrounding her often center around her vagina's magical properties.

Finnish Goddess of Death and Disease

Pure evil and likened to the plagues that she wields, Loviatar is the blind daughter of Tuoni, impregnated by the wind and gave birth to nine sons, each of which are associated to a specific disease. 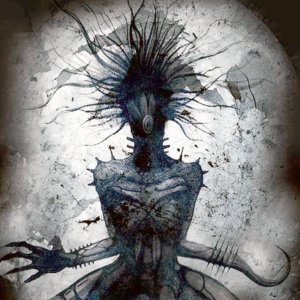 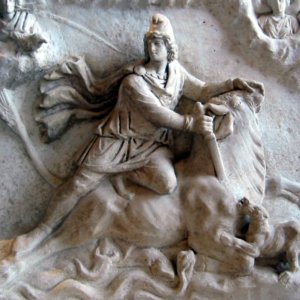 Stolen from the Persian god, Mithra, he inducts his disciples into his cult through a variety of tortures, culminating in them being branded. His iconography always includes him with a bull. He was said to have been born from a rock.

Greek Goddess of the Night

Wife of Erebus, god of the night, she and him draw out the darkness to bring about night. Her children include Thanatos and Hypnos. She is said to so powerful and enchanting, that even Zeus fears her. 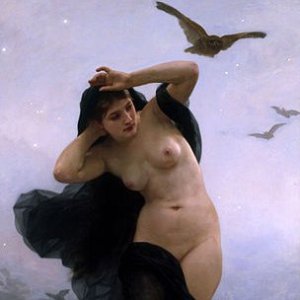 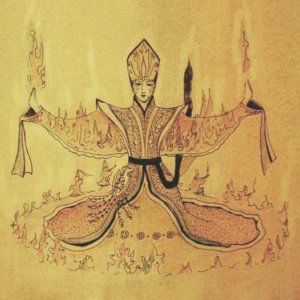 Titled "the queen of fire," she is also known as the goddess of marriage. She is as old as the world itself, having been born at its inception.

Ruler of the skies and forests, he drives a massive chariot pulled by holy goats and carries an ax and arrows. Because the Moon god, Mėnulis, cheated on Perkūnas with his wife, Perkūnas hunts down and slays the Moon god every month, giving us our lunar phases. 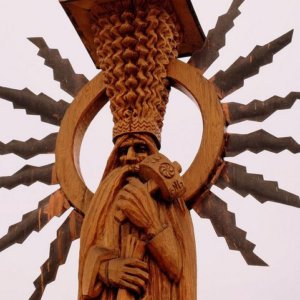 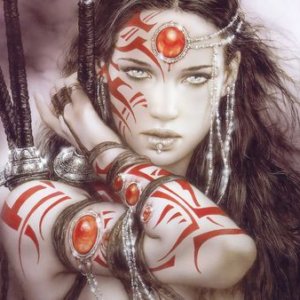 Warrior Goddess of Death from the indigenous Nuxalk tribe

The indigenous Nuxalk tribe of British Columbia, Canada, believed in Qamaits, warrior queen since the beginning of the world. She is no friend of humans, despite having saved mankind on at least one occasion by slaughtering many giants and turning them into mountains.

Canaanite God of Plague and War

Later adopted into the pantheon of Egyptian gods, Resheph was a tormentor and constant malevolence to mankind through his taste for war. 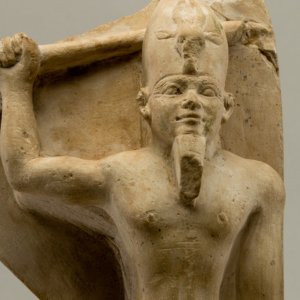 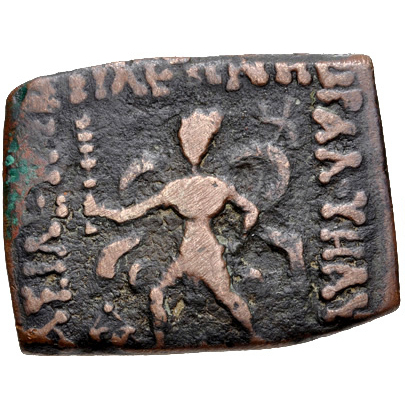 "The Plougher," Cult Deity of India

Leading figure of the Vrishni heroes, this may have been a historical person later deified and worshiped within the cult. This is one of the earliest personal deity cults in India. He is depicted here on a coin from 80 BCE.

God of ancient Urartu, or Kingdom of Van, in what is now modern day Turkey and Armenia, Theispas was worshiped as the god of storms, thunder, weather and sometimes war. He is often depicted astride a bull or a bull himself. 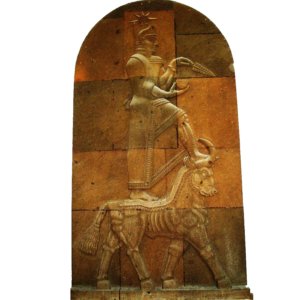 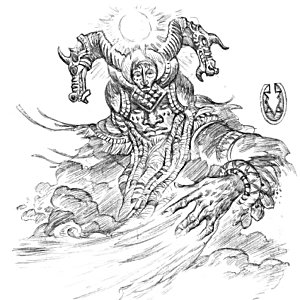 The Supreme Creator from Zulu myth

He is the creator and supreme being that brought forth all life. He is the first being and father of the Zulu people. He is accredited with teaching the Zulu all manner of survival from fishing to hunting to farming. Later upon meeting with Christian missionaries, this name was appropriated for the Christian God.

Worshiped as the sun god, supreme creator of all, he was most revered and celebrated. He was commonly associated with the sea. He was said to have had his origin in Lake Titicaca and brought forth the light of the world. 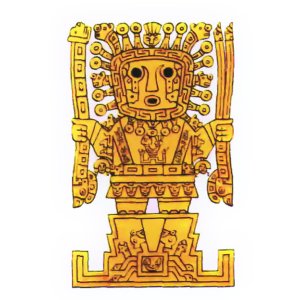 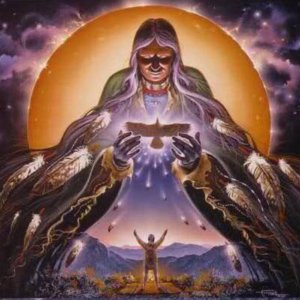 Wakan Tanka is the "Great Spirit" which resides and permeates everything. He is more a animistic deity than monotheistic. He created sun, sky and Earth, along with mathematics according to tradition.

Aztec God of Lightning and Death

Guardian of the sun and the underworld, Xolotl was commonly depicted as an ominous dog. Twin of Quetzalcoatl, he was responsible for shepherding deceased to the underworld. He also the patron deity of a Mesoamerican sport involving a ball. 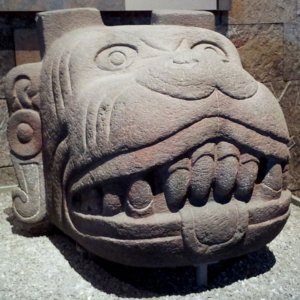 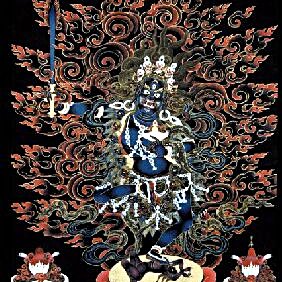 Deity of wisdom within the Bon religion

Bon religion, split from Tibetan philosophy, deifies Yeshe Walmo as the protector and parishioner of all sacred Bon religious artifacts. She is known for her purity and willingness to assist scholars and students.

Serving the sun god Dažbog, the sisters are tasked with guarding the apocalyptic dog, Simargl, until judgment day. 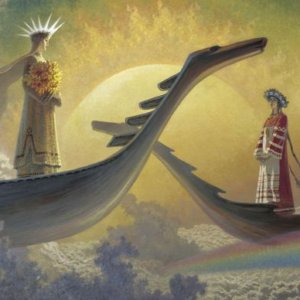 The truth is, you know exactly what it is like to be an atheist with respect to the beliefs of Muslims. Isn't it obvious that Muslims are fooling themselves? Isn't it obvious that anyone who thinks that the Koran is the perfect word of the creator of the universe has not read the book critically? Isn't it obvious that the doctrine of Islam represents a near perfect barrier to honest inquiry? Yes, these things are obvious. Understand that the way you view Islam is precisely the way devout Muslims view Christianity. And it is the way I view all religions.

—from Letter to a Christian Nation by Sam Harris

I contend that we are both atheists. I just believe in one fewer god than you do. When you understand why you dismiss all the other possible gods, you will understand why I dismiss yours.

If I Was An Ancient Egyptian

I would not serve the Israeli god, Yahweh
TheHonestAtheistJanuary 15, 2018

It's an attack at a premise, not an argument for rejecting God.
TheHonestAtheistAugust 17, 2016