Most Religious U.S. Presidents, and Why Our Next Shouldn't Be

Of the past forty-three presidents the United States of America has had, forty-one have been associated to a Christian denomination. Half of these have been Episcopalian or Presbyterian. Two have been Dutch Reformed; two have been Quaker, one, a Congregationalist, four Unitarians, three Methodists, four Baptists, two Disciples of Christ, one, a Catholic. Does it matter? I find it does. Our country, though mostly religious and Christian, should as a whole become more secular. I would advocate for less religion playing a part in government. Too many politicians make it their career to pass laws on the basis of what god told them, even when what god says is in direct violation of the Constitution.

In order to be a better representative slice of the general population, I would love to see a more diversified populous of elected presidents. Where are the gays, the women, the Hispanics, the atheists elected to the presidency? I don't espouse voting for a presidential candidate simply on the basis of say, skin color, gender, religion, but I would love to see more than just the same candidate year after year: old man hanging on to Christianity so people will vote for him.

And this is where the problem lies: I see politicians not honest enough to say they don't know. Atheists are willing to admit we don't know if there is a god. We just don't know. And there is nothing wrong with that. But politicians are afraid to admit they are unsure. They must exude confidence and put on airs to win their constituents. The result: falsities and fakery.

Here are some of the most religious presidents of the United States of America in recent and past memory, who truly believed they were doing God's will in their service to the country: 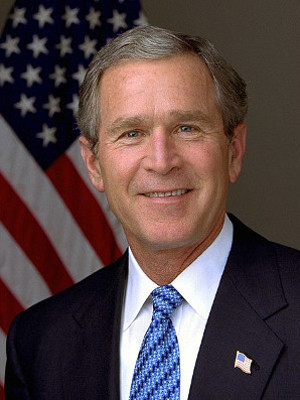 I believe God wants me to be president.

I trust God speaks through me. Without that, I couldn’t do my job.

George W. Bush is unique on this list because, in addition to believing God had appointed him to the position of president, he also believed God spoke to and told him what to do. Bush was raised in the Episcopalian church but later converted to the Methodist church. Unfortunately, his decisions were severely affected by his religious convictions, mostly because he believed he was carrying out god's orders. Where have we heard that? Oh, that's right--Islamic terrorists that carried out 9/11 had the same reasoning! 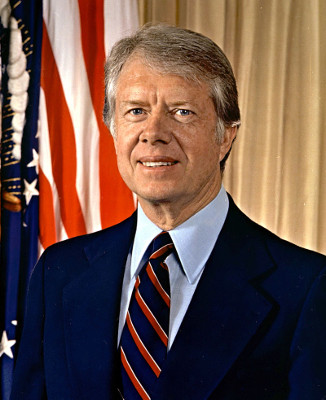 In a nation that was proud of hard work, strong families, close-knit communities, and our faith in God...

Amidst his homespun charm and his amiable, relatable style, Jimmy Carter was through and through a Christian and Baptist. His early ties to religion led him on missionary journeys and even door-to-door evangelism. His beliefs, thankfully, did not overtly affect his decision making process, for instance he supported women's rights and gender equality. 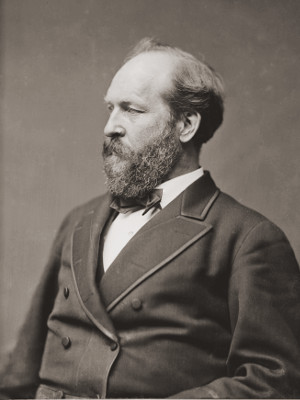 [U]pon our efforts to promote the welfare of this great people and their Government I reverently invoke the support and blessings of Almighty God.

James Garfield actually left the ministry to join politics and is the only one on this list who was part of the clergy before becoming president. Although his tenure was short-lived, his faith seemed to impact his presidency, as such belief was much more commonly held then. 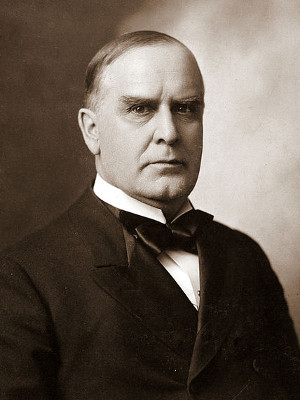 His last words at his assassination:

Good-bye, good bye, all. It’s God’s way. His will, not ours, be done. Nearer my God to Thee, nearer to Thee.

William Mckinley, a regular church attendee throughout his presidential office, actually believed it was the role of the government to spread democracy and the Christian religion. He committed to not swearing, drinking, and other "sins." 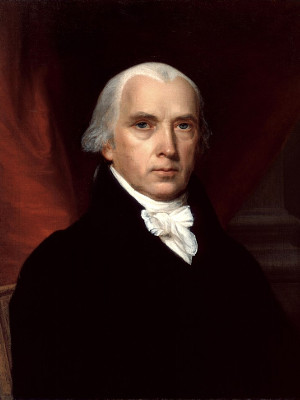 The belief in a God All Powerful wise and good, is so essential to the moral order of the world and to the happiness of man

The "Father of the Constitution" advocated for the separation of Church and State, but was nonetheless very religious. Raised Anglican, he later converted to Presbyterianism. Early on, he introduced a bill earmarking funds for distribution of Bibles. Later is his presidency, he argued against government paid chaplains or the necessity of the president leading prayers, citing both as unconstitutional. 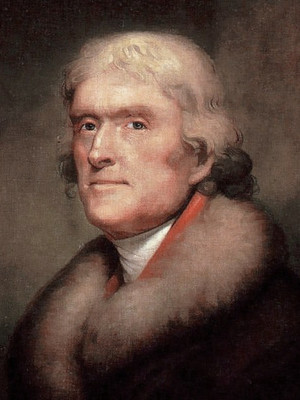 ...it does me no injury for my neighbor to say there are twenty gods or no God. It neither picks my pocket nor breaks my leg.

I am for freedom of religion, & against all maneuvres to bring about a legal ascendancy of one sect over another.

Jefferson has been the closest president the United States has had to an atheist. Well educated, Jefferson understood philosophy, science, reason, and religion of the day well enough to recognize that at least Christianity was not the solution to truth. Many of writings taken at face value paint Jefferson as an atheist, but most likely, as it was unfashionable and downright heretic to disbelieve, he probably retained a pretense of religious belief. Some of his writings also refer to a deity, to a Creator, and even God--yet, this is easily recognized as not the Christian God.

Jefferson's presidential tenure was completely devoid of religious flavor, he in fact, was quick to defend religious freedom in both writing and policy. 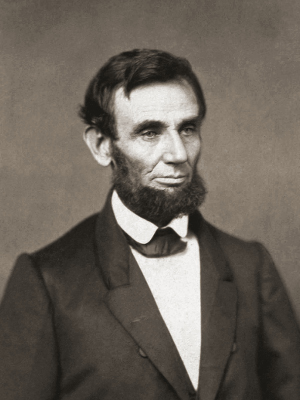 That I am not a member of any Christian Church, is true; but I have never denied the truth of the Scriptures; and I have never spoken with intentional disrespect of religion in general, or of any denomination of Christians in particular.

I can see how it might be possible for a man to look down upon the earth and be an atheist, but I cannot conceive how a man could look up into the heavens and say there is no God.

Now, at the end of three years struggle the nation's condition is not what either party, or any man devised, or expected. God alone can claim it.

It might surprise my readers to see Lincoln listed as one the least religious presidents. His lack of Christian affiliation, his somewhat deistic references to God, and his allusions to Christianity as a dogma, indicate that much of his "Christian" association was merely political influence. There is no question reading and study of the Bible was his habitual practice, but Lincoln's close friends declined to call Lincoln a Christian. It was during his 1846 run for the House of Representatives, Lincoln had to rally his religious diction to convince people he was indeed religious, despite his opponent's claim that he was not. It seemed later in life, Lincoln became more devoted to the church after losing his wife.

His presidential office was largely unaffected by his religious leanings, prominent or not. His rhetoric in his speeches, however, was riddled with references to God's sovereignty, the part God must play in helping the North win the war, and God's inscrutable ways.

Perhaps there will come a time when an atheist can run for office without being labeled a bigot and an angry antireligious idealist. As of now, the second most hated political minority group is atheists. This must be changed by politicians who run for office--without alluding to religious leanings--and only later reveal their views (maybe even after office). Eventually, an atheist running for office can be as normal as a woman running.

I find it concerning people don't understand the basics of our freedom of speech.
TheHonestAtheistDecember 17, 2017

Since when was America great?
TheHonestAtheistJuly 5, 2017