Welcome to part one of my series on "how beliefs have serious consequences." This post's topic is a difficult and sensitive subject: circumcision.

A Little About Me

I was raised in a Christian family (see a short author blurb here) and was circumcised at birth--part of the normal procedure at the time and this was done for "health reasons." I regret that my parents and the doctors present were so misinformed that they did this. That said, I hold no grudge against my parents. I do, however, regret the mutilation of my genitalia. So, going into this topic you will understand my position as "very against circumcision."

The three most common are:

The World Health Organization has this to say about female genital mutilation:

Female genital mutilation (FGM) includes procedures that intentionally alter or cause injury to the female genital organs for non-medical reasons. The procedure has no health benefits for girls and women. Procedures can cause severe bleeding and problems urinating, and later cysts, infections, as well as complications in childbirth and increased risk of newborn deaths. More than 200 million girls and women alive today have been cut in 30 countries in Africa, the Middle East and Asia where FGM is concentrated. FGM is mostly carried out on young girls between infancy and age 15. FGM is a violation of the human rights of girls and women.

Here is an image of the types of FGM that are possible (NSFW): 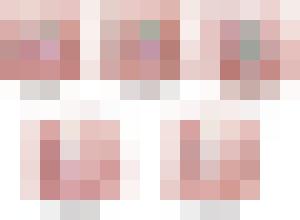 If this section has sparked repugnance and disgust--good. Then you understand that there is a problem. The same problem lies in the opposite sex and is deceptively labeled as "circumcision" to euphemize the atrocity.

Fast forward to the outbreak of sexually transmitted diseases like gonorrhea and syphilis during the last part of the eighteenth century when doctors prescribed male circumcision to prevent the spread of venereal diseases, theorizing that the hardened head of the penis would be more resistant to microbes. Nineteenth century America was one of sexual repression that continued the trend.

Once circumcision was ingrained in the minds of medical professionals nationwide, theological, rather than scientific reasoning was used to justify this atrocity, even as late as the nineties. As a result, doctors and parents alike were completely oblivious to how the penis worked and why circumcision mangled the body part.

Continuing to today, medical health organizations have invented (yes, invented) numerous ways that circumcision "helps prevent" disease and all other kinds of ailments. The studies are often misplaced, poorly performed, and biased from the start. We don't spend time producing studies of why fingernails should be removed because in one percent of the cases, it reduces skin cancer!

This leads us to the myths behind circumcision and oft given reasons parents and doctors have for performing them. It should be noted, that every reason given for male circumcision could just as easily be applied to female genital mutilation.

Circumcision, in my mind, is not an ethical conundrum. It is inhuman. Here are some reasons why:

Despite all this, male circumcision is still given protection by medical organizations and laws of the U.S.

Medical organizations have been almost mute in their description of the process and how much damage circumcision actually does with statements like this from the World Health Organization:

Male circumcision is one of the oldest and most common surgical procedures worldwide, and is undertaken for many reasons: religious, cultural, social and medical. There is conclusive evidence from observational data and three randomized controlled trials that circumcised men have a significantly lower risk of becoming infected with the human immunodeficiency virus (HIV).

Or this statement from the American Academy of Pediatrics that is purposefully obscure:

Existing scientific evidence demonstrates potential medical benefits of newborn male circumcision; however, these data are not sufficient to recommend routine neonatal circumcision. In circumstances in which there are potential benefits and risks, yet the procedure is not essential to the child's current well-being, parents should determine what is in the best interest of the child.

Or the National Institutes of Health which have the following but have also said that circumcision prevents the spread of AIDS:

In stark contrast, we have other world medical organizations that are more in line with what the WHO said about FGM.

From the Danish Medical Association, 2016:

When parents have their male children circumcised, it robs the boys of the ability to make decisions about their own bodies and their own cultural and religious beliefs. Male circumcision carries a risk of complications and should only be performed on children when there is a documented medical need.

Or take the gender equatable statement from the German Pediatric Association, 2012:

Initially, it should be observed that there is no reason from a medical point of view to remove an intact foreskin from underage boys or boys unable to give consent. ... The male foreskin is a part of the skin of the organ and fulfills important functions that protect the very sensitive glans... Circumcision can lead to erectile dysfunction [and] ... considerable limitations to sex life and cause psychological stresses. ... Boys have, according to our sense of justice, the same basic constitutional legal rights to physical integrity as girls, they must not be disadvantaged due to their sex.

And the British Medical Association, 2006:

The BMA does not believe that parental preference alone constitutes sufficient grounds for performing a surgical procedure on a child unable to express his own view. Parental preference must be weighed in terms of the child's interests. ... The BMA considers that the evidence concerning health benefit from non-therapeutic circumcision is insufficient for this alone to be a justification for doing it. ... Some doctors may wish to not perform circumcisions for reasons of conscience. Doctors are under no obligation to comply with a request to circumcise a child.

In addition, the U.S. has routinely ignored or struck down laws initiating a valid medical reason for circumcision, for making circumcision equatable to child abuse or illegal. The culture as a whole is protecting an atrocity and turning a blind eye.

Most of all--and this has been the focal point for this article--religion brought on such a practice. Judaism, Christianity and Islam have all popularized circumcision, as a means to reduce the temptation to masturbate/to sin, to remain "holy before god," and to live under some stone age law. Indeed, beliefs carry huge consequences.

I have hosted an excellent academic article detailing why circumcision is:

For anyone that is interested pdf is here. Original source of the article is here and hosted here under fair use with no intention to infringe on any copyright.

Nine Reasons Why Christianity Is Targeted by Atheists

After watching street preachers ask confronting atheists why they waste their time in discussion, I decided to make this list.
TheHonestAtheistJanuary 11, 2017