I consider myself a tolerant person. I desire to remain so. In many ways, my love of trying new things has led me to be adventurous in meeting new people, embracing new ideas, and listening to an opposing view. All of this has got me to thinking about tolerance, and I reached a conclusion: it is necessary to be intolerant, of intolerance.

Before you get wrapped up in my tongue twister--and before I pat myself on the back for such a clever twist--I found and would like to share someone who put it better than me and of course came up with the idea way before me (but I'm sure he's not the only one):

I found this profound. Not only does it necessitate intolerance of views and ideas that are intolerant, but it advocates that being tolerant and accepting of close-minded systems will result in a disappearance of tolerance altogether. In some fashion, this supports the atheist's mentality that religion is evil, or that religion poisons everything. Many religions are also close-minded about delineating fact from fiction, reality from falsehood, and seek to keep people in the dark.

I liked the quote so much I read further into the biography of this philosopher, Karl Popper, and learned that his influence brought into popularity the idea of empirical falsification, which I'm sure I will talk about in the future.

But back to tolerance: I have met/heard many Christians bemoan the fact that they are wrongfully treated when outsiders reject, repel, and put down their ideas--labeling it as persecution and even, intolerance. I can now respond, "Yes, it is intolerance, and yes, you deserve it." Christianity needs to stop feeling sorry for itself and realize that intolerance is the reason you are persecuted, and rightfully so (Note: the persecution I refer to, is not physical abuse, but a public shaming and shunning of close-minded ideas spouted out by Christians--like gay marriage is wrong, people can't feel they're in the wrong gender, God is the author of truth, etc.).

The point here is this: it is okay to revile an idea that reviles others. In the words of the comedian and actor, Rowan Atkinson:

[W]hat is wrong with inciting intense dislike of a religion, if the activities or teachings of that religion are so outrageous, irrational or abusive of human rights that they deserve to be intensely disliked? 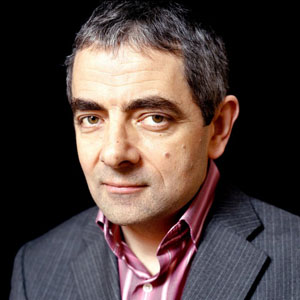 A further addendum: To me, tolerance is defined as the right to free speech--to voice your opinion--a right I would defend to my death.

What it is not:

Your right, strictly defined by tolerance, is only the right to speak it.